In the early-morning hours of March 28, 1966, a portly, graying gunman broke into the Surfside house that 17-year-old Danny Goldman shared with his mother and father. The gunman bound Danny’s parents and demanded $10,000 cash; when no money was found, the attacker left with Danny, threatening to kill the teen if the Goldmans didn’t come up with $25,000 by that evening. “Do what the man says,” Danny’s father, Aaron Goldman, instructed as the kidnapper took the teen away. They were the last words Goldman said to his son. The kidnapper never called for the ransom, and Danny Goldman was never seen again. The strange abduction, once the stuff of national headlines, eventually faded from local memory. The investigation was reopened in 2000, but the crime still remains unsolved. 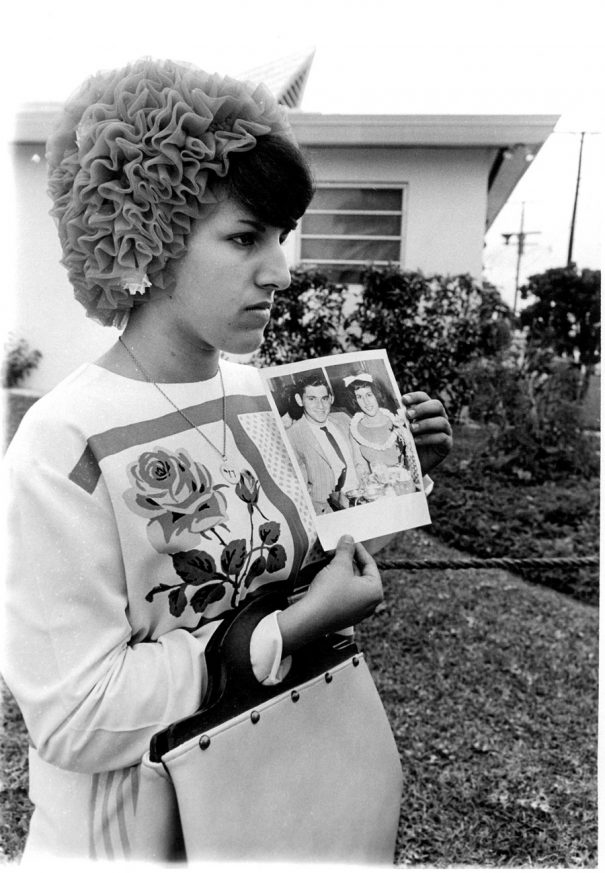 3/29/1966: Bill Kuenzel/Miami Herald Staff --Sharon Lloyd, a girl friend of Daniel Goldman who was kidnaped from his Surfside, Fla., home yesterday, holds a photograph of her and Goldman. The picture was made about two months ago as they were celebrating in a restaurant. 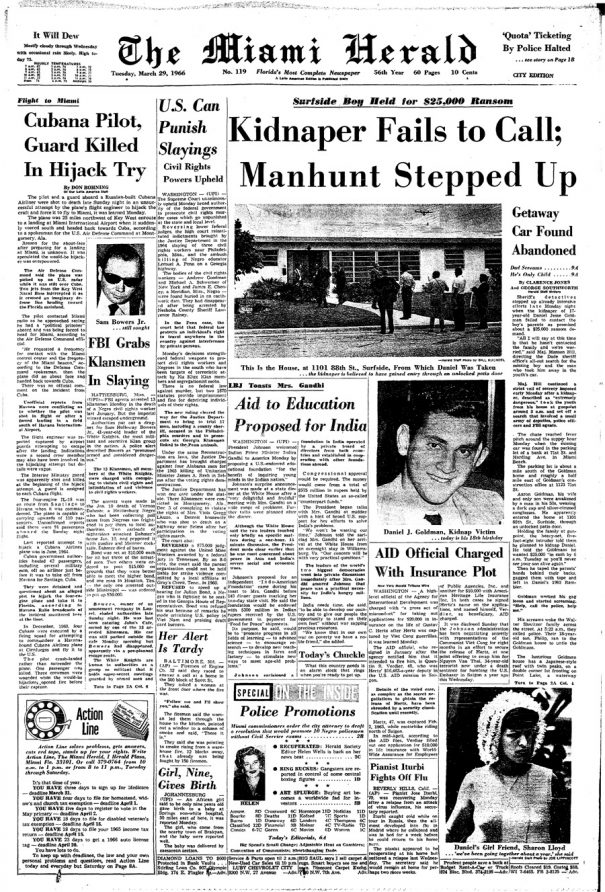 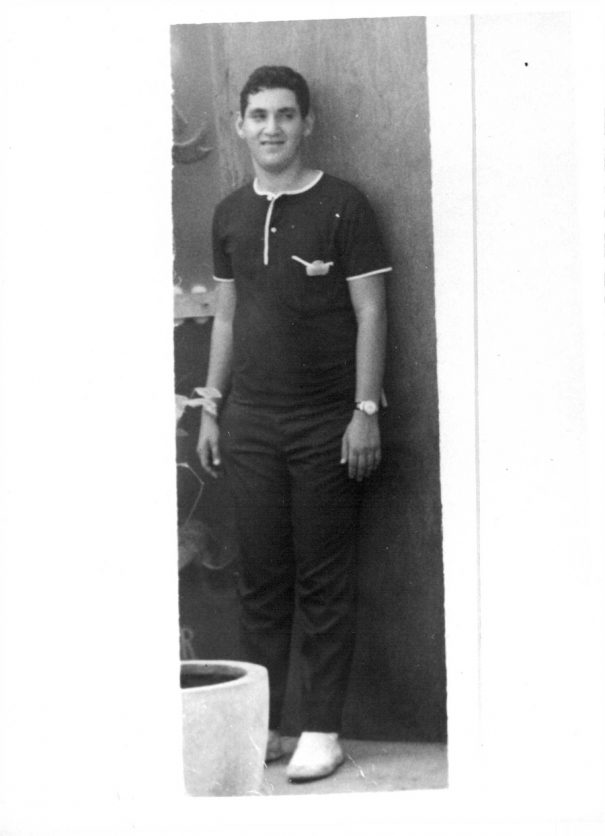 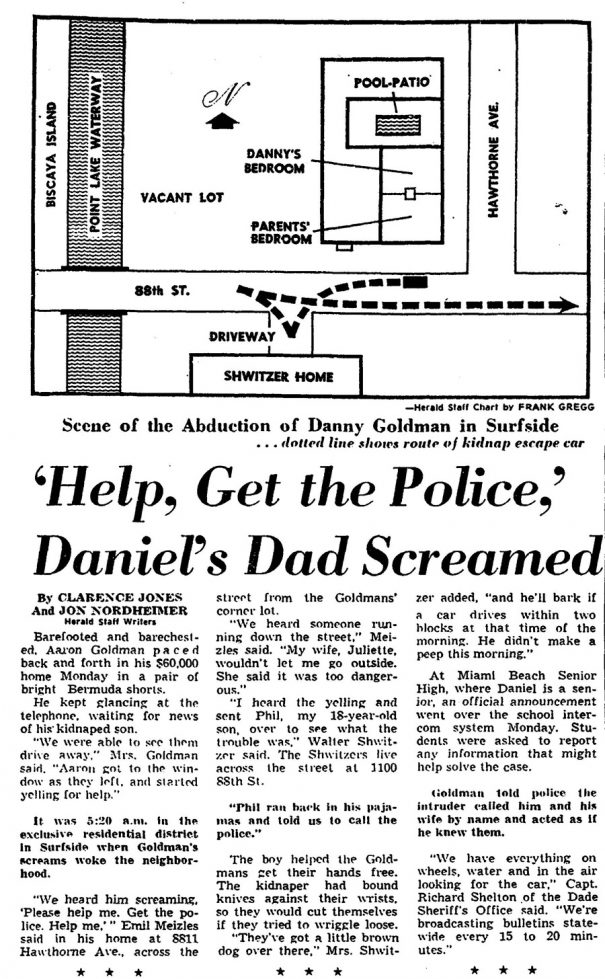 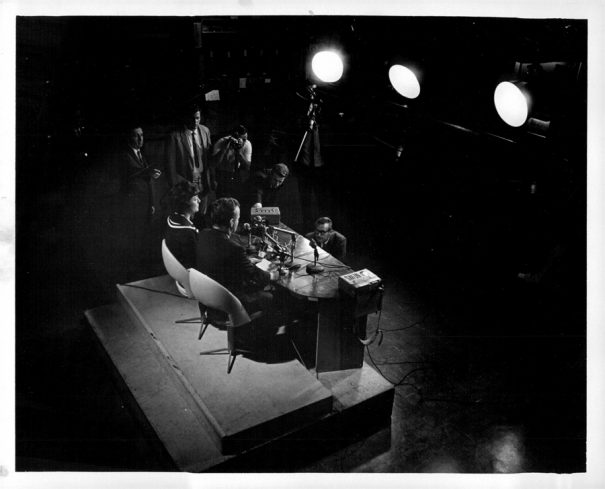 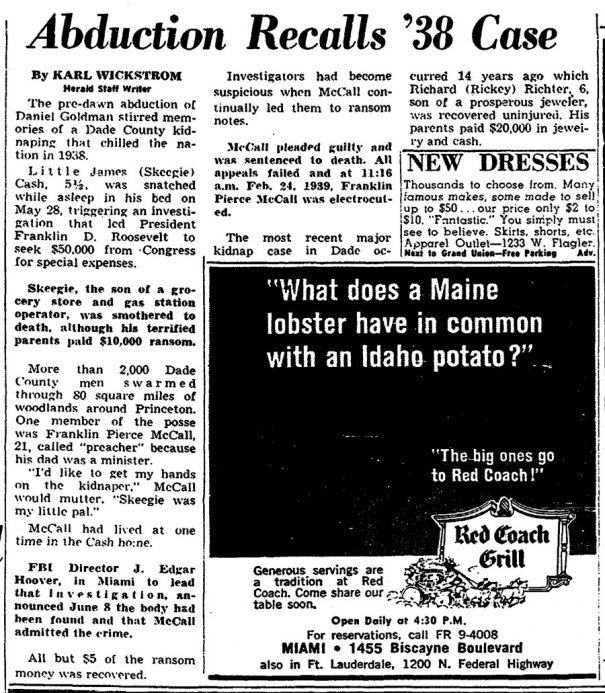 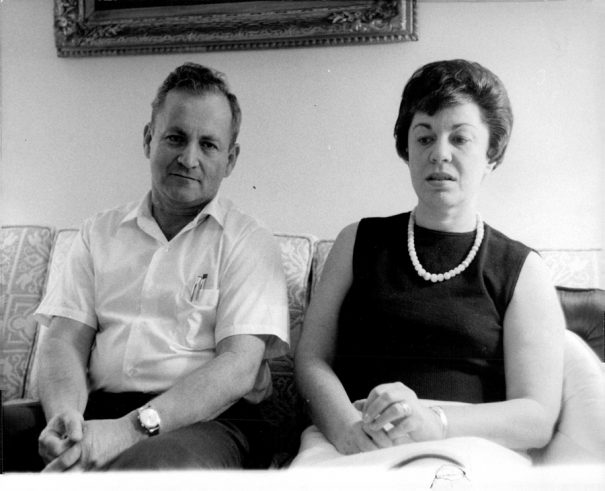 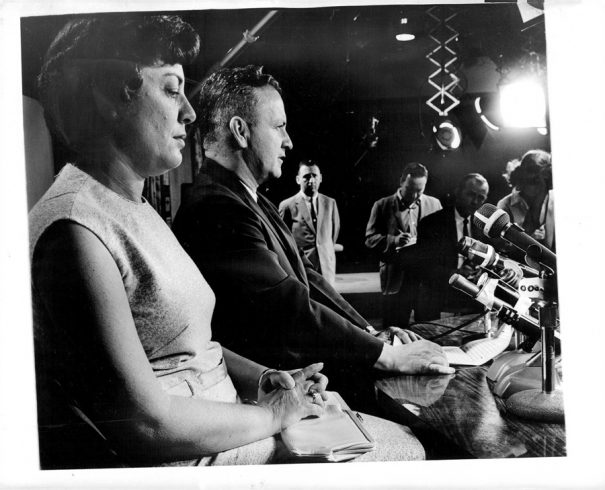 5/2/1966: Bill Sanders/Miami Herald Staff -- Mr. and Mrs. Aaron Goldman at WCKT. Kidnaped youth's parents at battery of microphones. They issued a new plea for information on their son. Danny Goldman's kidnaper may have contacted a rabbi in New York, the missing boy's father said in a press conference plea for the kidnaper to arrange for a $25,000 ransom and return his son unharmed. 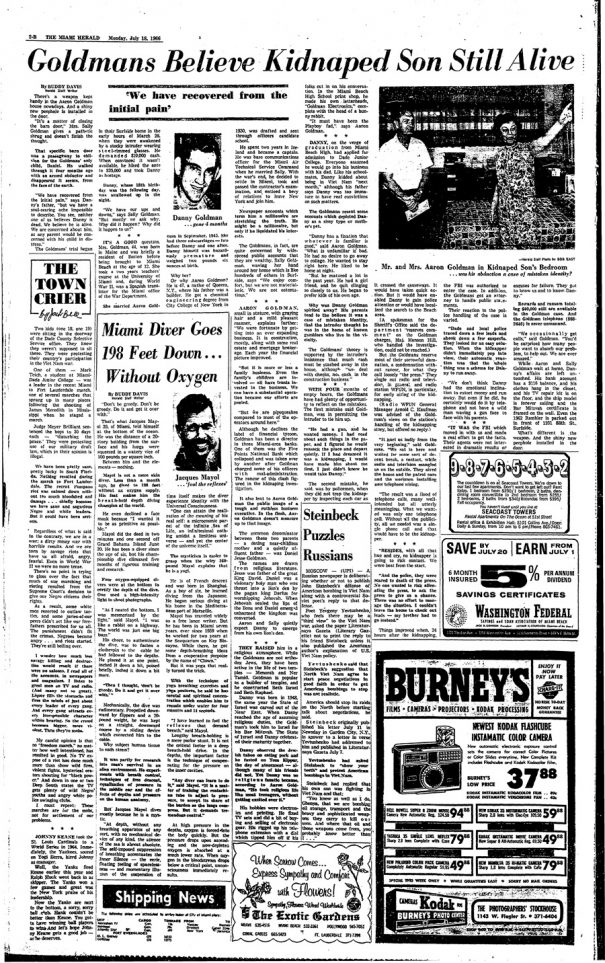 3/29/1966: Neighborhood friends of kidnaped Daniel Goldman look at a newspaper with a detective in front of the house where the Goldman youth was kidnaped yesterday. Holding the newspaper is a detective assigned to keep the curious away from the house.
Facebook Comments
1960's / Crimes & Trials / Recent Posts 21 Mar 2017