Built from 1926 to 1928, the 28-story pinnacled courthouse is 360 feet high, once ranking as the tallest building in the South. Its Flagler Street site made it Miami’s most imposing public edifice and a crossroads where the breezy, open lobby was Dade’s legal centerpoint. The steel-frame structure was actually built right over the first courthouse, a 1904, cupola-topped, stone building ringed in pines. When first opened in 1928, the tall courthouse had courts only on floors two through six. The tower had two floors of jail cells plus both city of Miami and Dade County offices. The courthouse was added to the U.S. National Register of Historic Places on January 4, 1989. 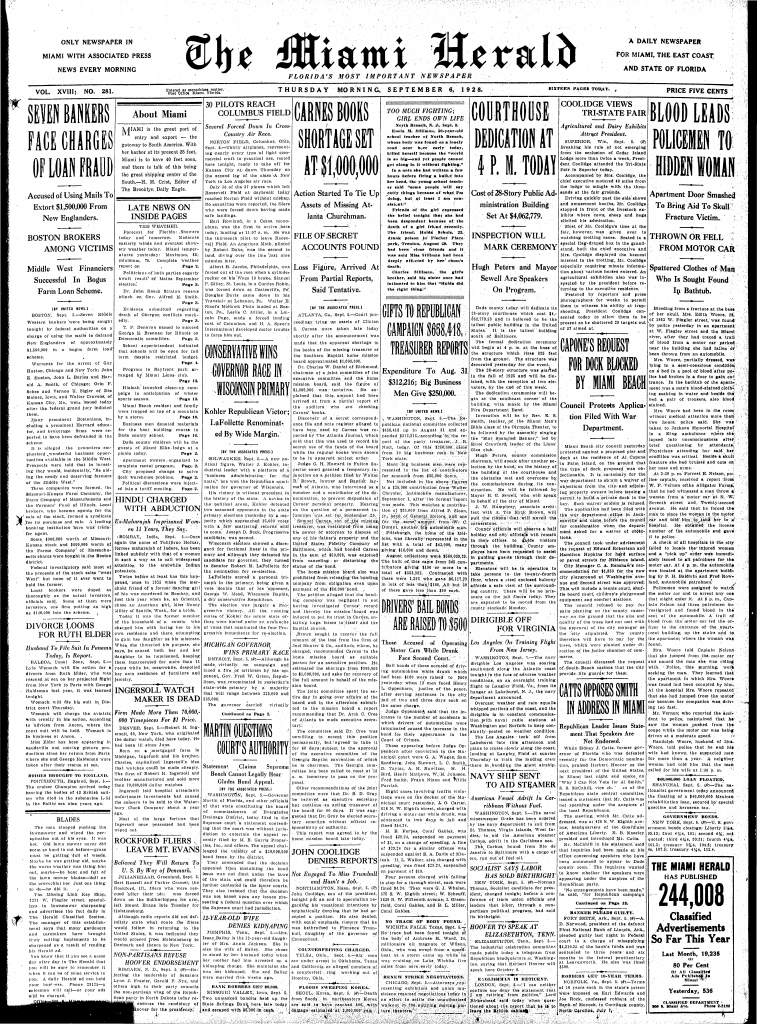