When Amelia Earhart attempted to be the first woman pilot to fly around the world in 1937, she launched her fateful trip from the Miami Municipal Airport in Opa-locka. This was her second attempt at flying around the world. She landed at the wrong airport in Miami, in what was then known as the 36th Street Airport (now part of Miami International) rather than the bigger Miami Municipal Airport just south of Opa-locka. Her landing on May 24, 1937 was rough and she stayed in Miami for a week while the plane underwent repairs. On June 1st she and Fred Noonan lifted off and soaring at 3,500 feet and speeds of up to 150 miles per hour, the plane reached its first stop, San Juan. From then on, for a month, the flight continued more or less on schedule. On July 2, 1937, Earhart and Noonan took off from Lae airstrip in Papua New Guinea at 10:30 a.m. and were never seen again. The 15-day search effort, led by the aircraft carrier Lexington, was the largest ever attempted to that time. It involved 3,000 men, 10 ships and 102 fighting planes and covered about 250,000 square miles of blue and maddeningly unyielding sea. 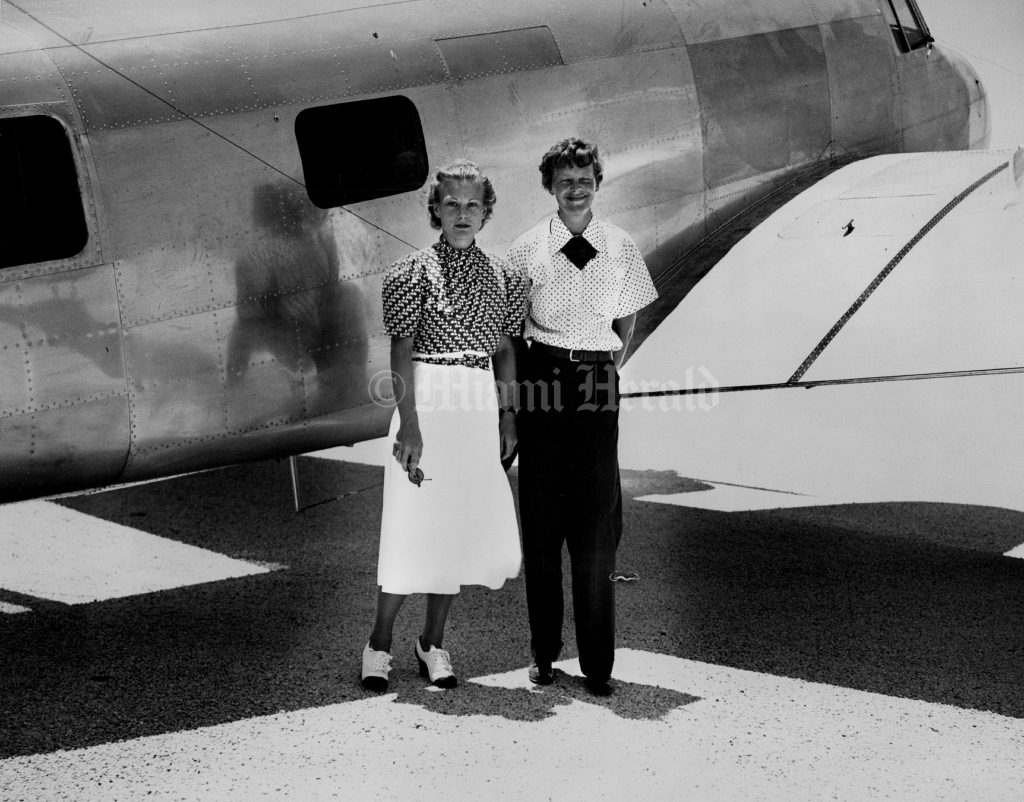 Copyright © The Miami Herald 1937 Miami Herald Staff Photo — Amelia Earhart with unidentified woman and Lockheed Electra airplane photographed at Miami a few days before her take-off on east-bound round-the-world attempt. This photograph may be an out-take not published in The Miami Herald. It is similar to others, including one apparently from the same group that was published in the newspaper the morning after the take-off, and specifically credited to The Miami Herald Studio. The original photograph is no longer in the archives of The Herald, only this scan. No higher resolution is available from The Herald. This photo has been captioned this way on the Herald website: “Earhart poses beside her plane with Nilla Putnam, her step-daughter-in-law on May 29, 1937, less than 73 hours before take-off. The window is still clearly visible in the plane’s fuselage to their right, which means it must have been replaced on May 30 or 31.” 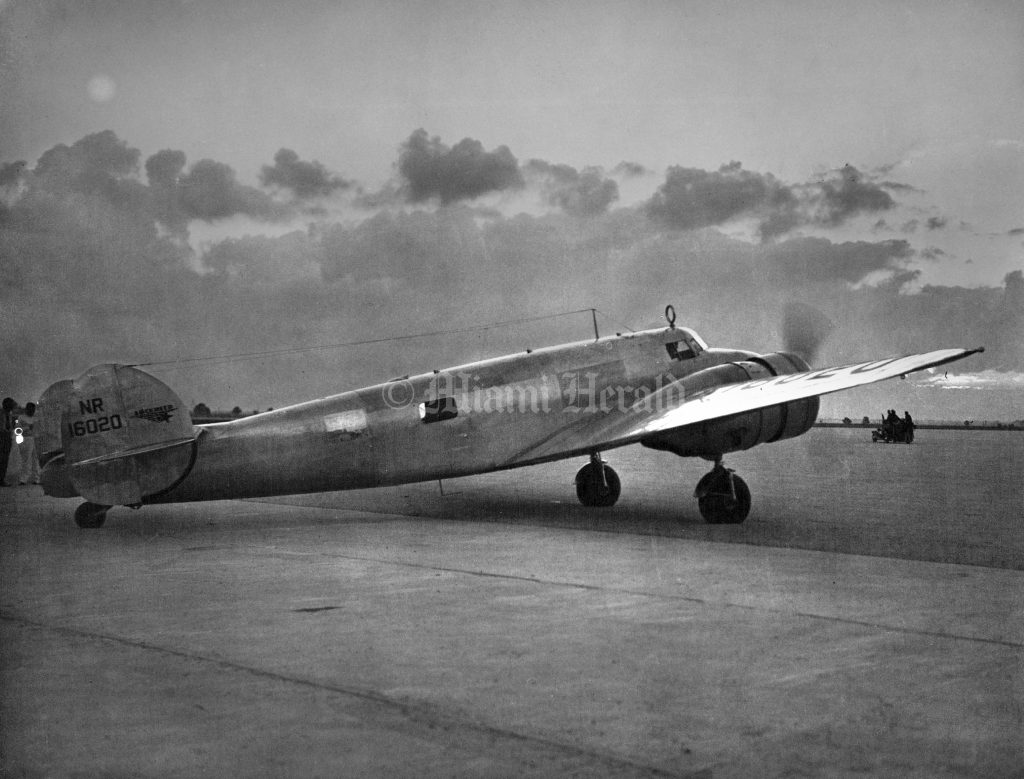 Copyright © The Miami Herald 1937 Miami Herald Staff Photo — Amelia Earhart Lockheed Electra airplane photographed at Miami the morning of her take-off on east-bound round-the-world attempt. This photograph was published in The Miami Herald the next morning with other photos. This photo was not specifically credited but one of the other photos was credited to The Miami Herald Studio. The original photograph is no longer in the archives of The Herald, only this scan. No higher resolution is available from The Herald. This photo has been captioned on the Miami Herald website: “This photo of Amelia Earhart’s plane on the tarmac in Miami reveals that a damaged window was replaced with lighter-colored aluminum in an unrecorded repair. Could it offer a clue — the clue — about what happened to Earhart and her navigator Fred Noonan in 1937?” 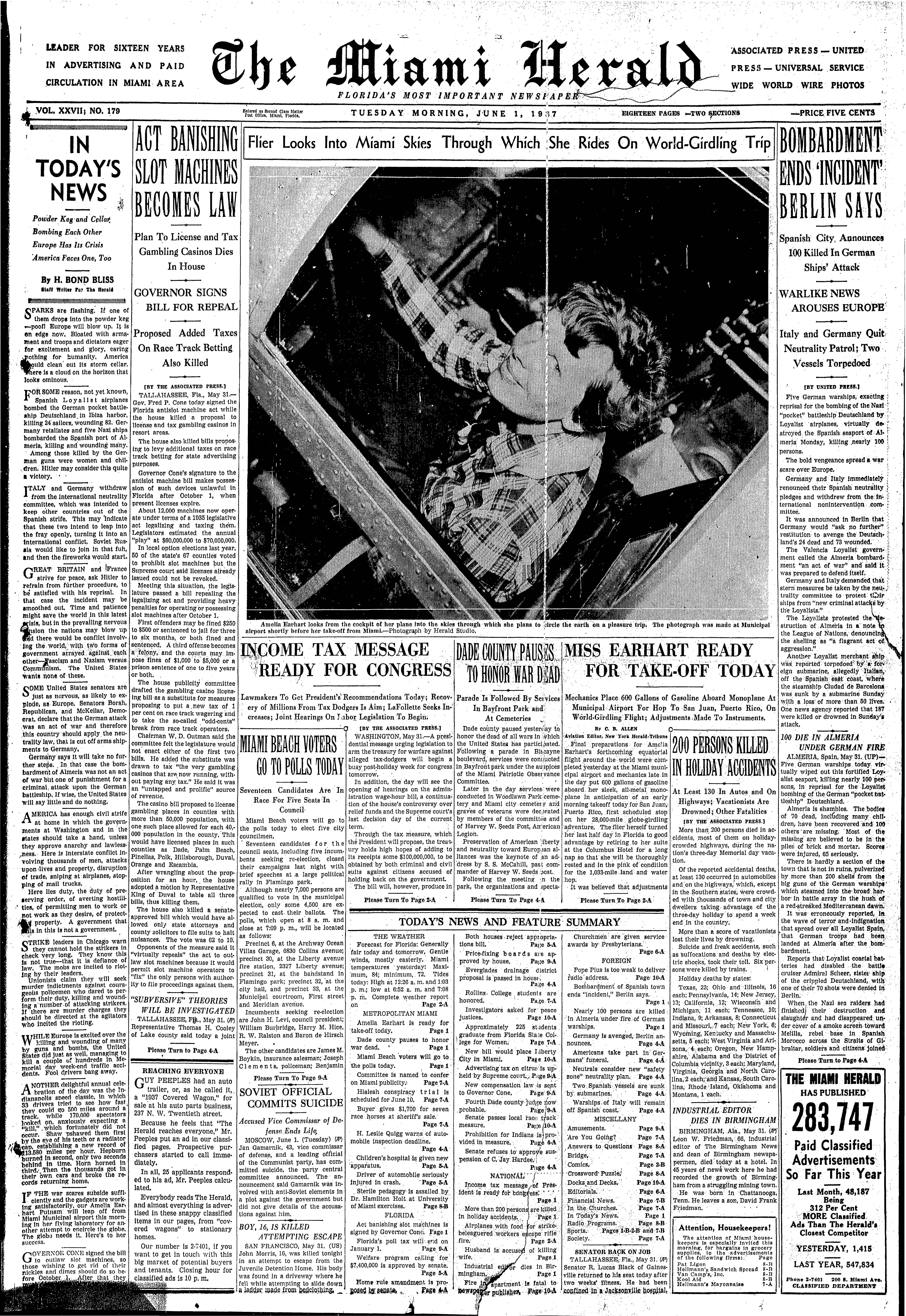 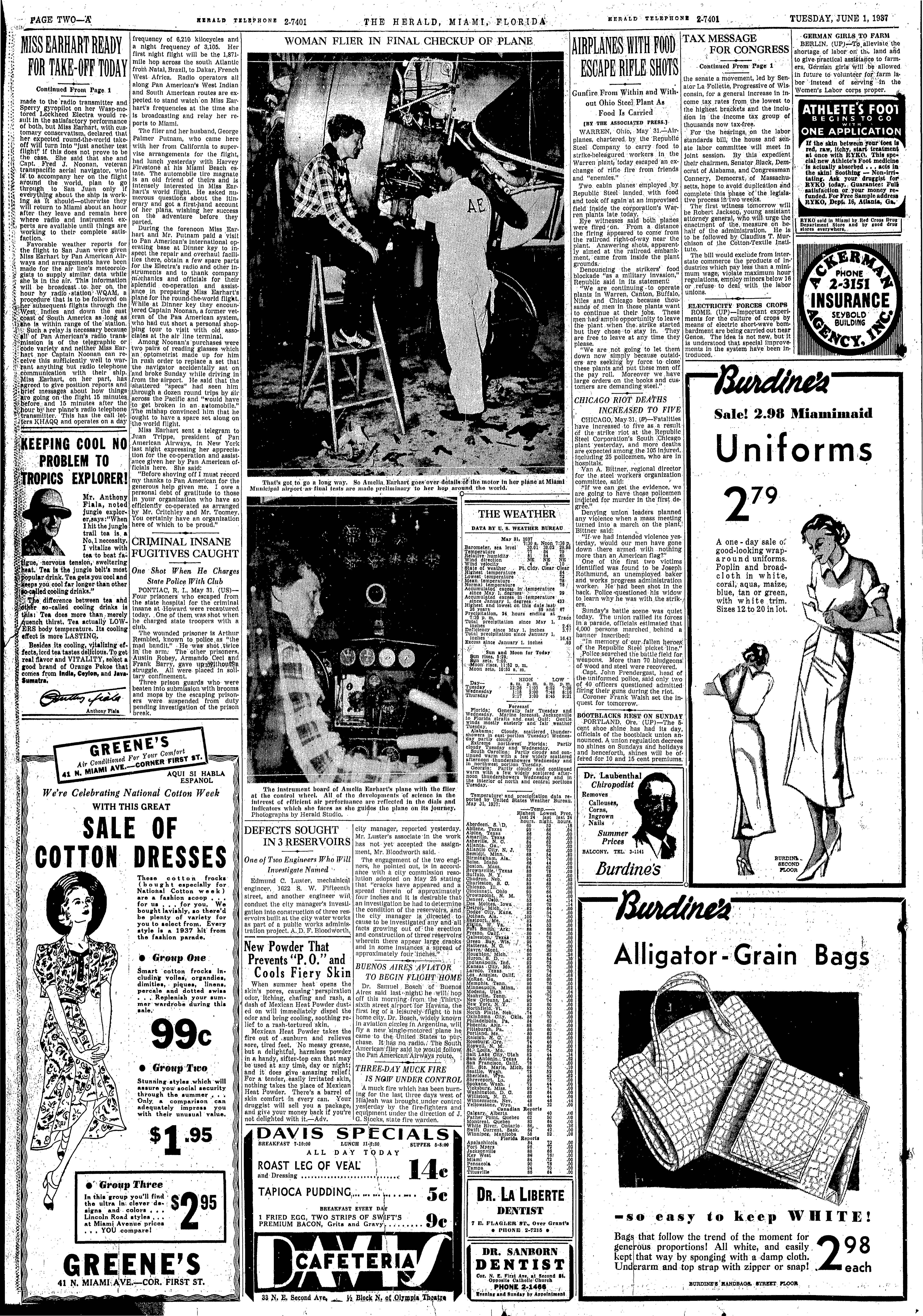