Columbia’s first departure on April 12, 1981, was hailed around the world as a major step in space exploration because it returned to Earth for reuse instead of being discarded as previous space vehicles were.  Astronaut John Young was the commander of the first shuttle mission out of Kennedy Space Center.  Named after an 18th-century Boston-based sloop that made the first U.S. circumnavigation of the world, Columbia inaugurated the era of recycled space flight.  The shuttle was also the first winged vehicle ever to be launched into space and the first new spacecraft ever tested without first being unmanned. In 2003, on its 28th mission, Columbia also marked a milestone, as the first piloted spaceship to explode on its return trip to Earth. 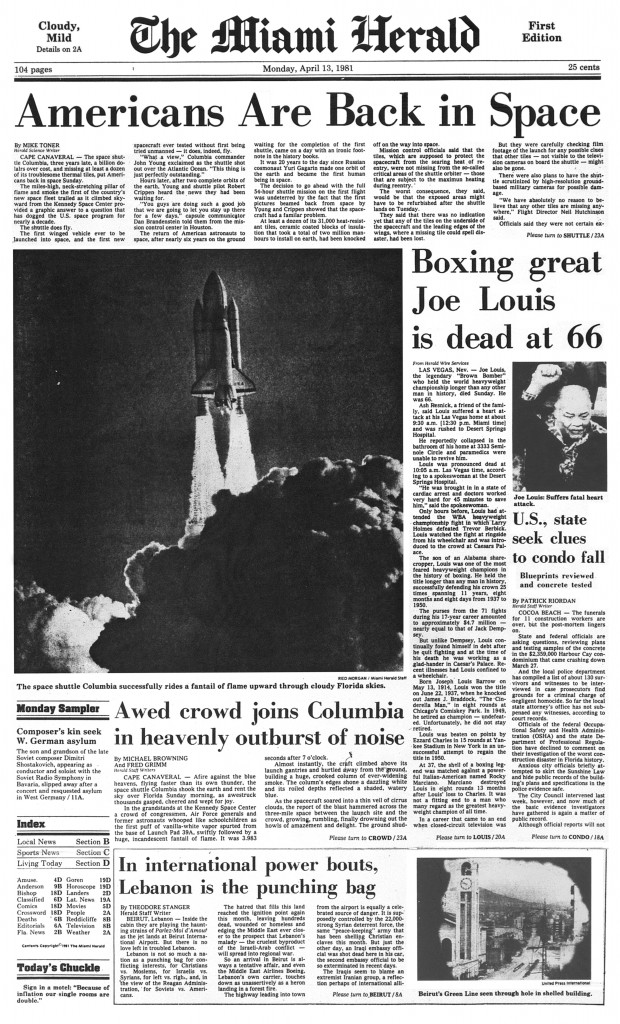 Cover page (page 1 section letter A) of the FIRST edition of The Miami Herald issue published Monday, April 13, 1981 in Miami, Florida. Features AMERICANS ARE BACK IN SPACE by MIKE TONER/Herald Science Writer